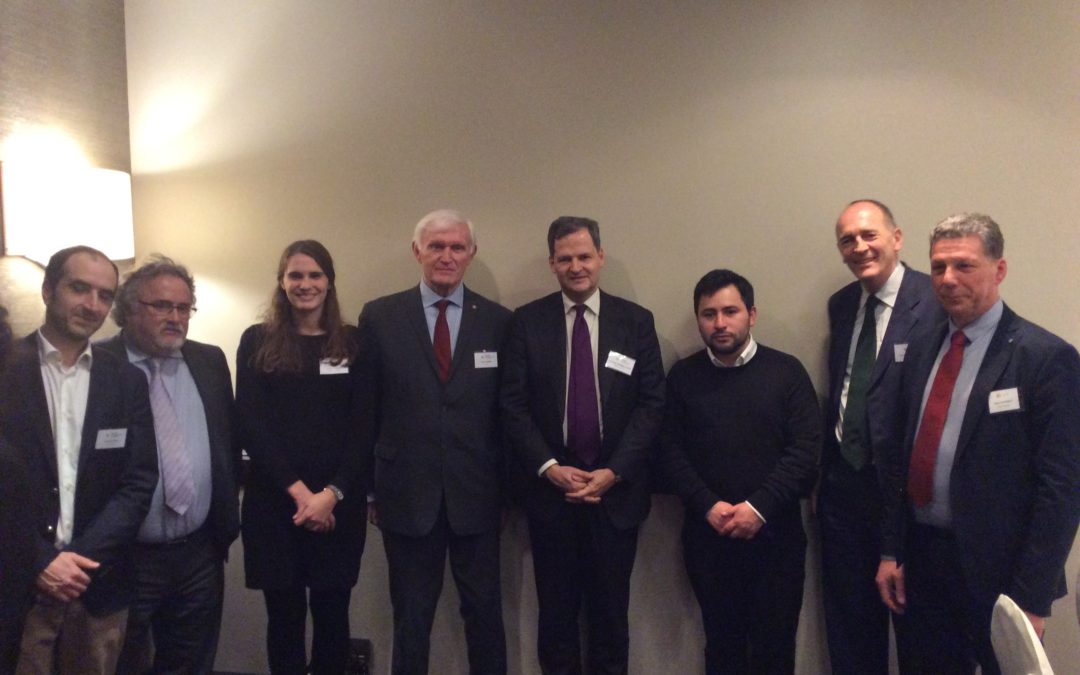 The annual dinner of the BeLux -Colombian Chamber of Commerce, BeLCol, took place on Thursday 1st of February to introduce the newly appointed Colombian Ambassador H.E. Sergio Jaramillo Caro and his wife, Ana Maria Romero, who were introduced by Daniel Jordan, President of BeLCol. More than 40 participants were present, including Francisco José Coy Granados and Carlos Eduardo Ospina from the Colombian Embassy, Angela Ospina and Adriana Vargas from the Colombian Ministry of Trade and Industry. Representatives of the foreign trade agencies, Marina Santos for AWEX (the Walloon Foreign Investment and Export Agency), Camille Jeuniaux for BIE (Brussels Invest & Export) and BeLCol’s representative in Luxembourg, Jose Maria Bonafonte.

After a networking cocktail sponsored by the Colombian Airline, Avianca, represented by its Manager, Maurice Van den Steen, the dinner was punctuated by speeches and testimonies of various guests. H.E. Ambassador Jaramillo Caro took the floor to present the opportunities that arise from the peace agreement with the Farcs and highlighted the similarities between Belgium and Colombia. This was followed by testimonials from various companies’ delegates with economic and commercial ties to Colombia: Wim Dillen (Port of Antwerp), Ignace Stols (Jan de Nul), David Abuchar (Abuchar Arnaud sprl), Christophe Lebrun (See Telecom), Ilse Geyskens (Café Velvet), the Hry Consul of Chile, Thierry Dumoulin on Pacific Alliance, Thierry de Nave (Boeckmans België), Mark Bleeker (Cocoa, Bean & Nib NV) and Alain Harvengt (Fabroca) who ended his presentation by inviting Ambassador Jaramillo and his wife, on behalf of the Maire of Binche, to attend its Carnaval on the 13th of February.

This dinner was also an opportunity to highlight a Colombian talent since we had the honor to enjoy a musical intermede with the Colombian pianist Luis Andrés Castellanos who came from Aix la Chapelle for this occasion: this event ended with the Colombian national anthem interpreted by himself.

The result of this evening was very positive: the dinner allowed many meetings, conversations were plenty and the guests enjoyed a delightful popular and classical musical moment. Ambassador Jaramillo concluded by thanking the assistance and the organization of the event followed by a word of Laurent de Boisséson, Member of the Board of BeLCol. 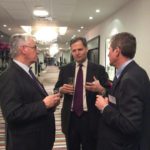 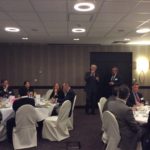 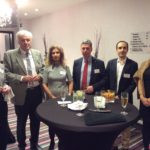 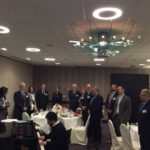 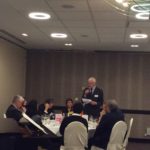 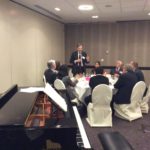 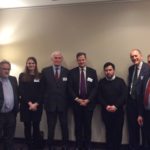 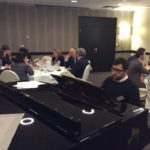